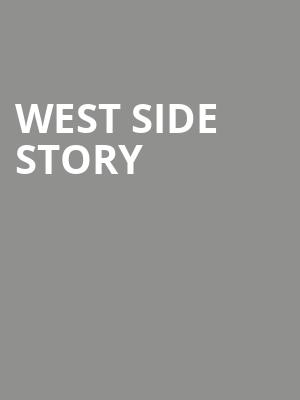 A musical classic that's not to be missed!

Why See West Side Story?

In 1957, Leonard Bernstein, Stephen Sondheim, and Jerome Robbins solidified their musical theatre legend status when the dazzling West Side Story leaped onto Broadway. Fusing mounting tensions of artfully danced street warfare and an arresting Rome-and-Juliet-esque romance, the all-singing, all-dancing spectacular went on to become one of the greatest musicals ever to grace the Great White Way and the world over.

Called a 'sneaker ballet' thanks to the original sneaker-and-jeans-clad cast, a creative decision used to illicit the gritty realism of New York, West Side Story chronicles the warfare between two rival gangs - the Sharks (white Americans) and the Jets (Puerto Rican Americans). When two young associates of each gang meet and fall in love, they inflame the tensions to boiling point. Battling bloodshed and condemnation, the young lovers are determined to be together, although tragedy waits around every street corner.

You may be required to have had a COVID vaccine in order to attend this performance or show proof of a negative test. Please contact the venue directly for more information on this.

About Lincolnshire Theater: We are an independent show guide not a venue or show. We sell primary, discount and resale tickets and prices may be above or below face value.

View all times and dates

Seen West Side Story? Loved it? Hated it?

Sound good to you? Share this page on social media and let your friends know about West Side Story at Marriott Theatre.

Keep up to date

I want email news and updates for events in my area! Read how we protect your data.

You know the drill, websites need cookies to make them work. Details of how we do it here. Hello! It's probably obvious, but we need to let you know that we use cookies to enable us to run this website and for it to actually work! You can find lots more detail in our Cookie Policy.
Got it!